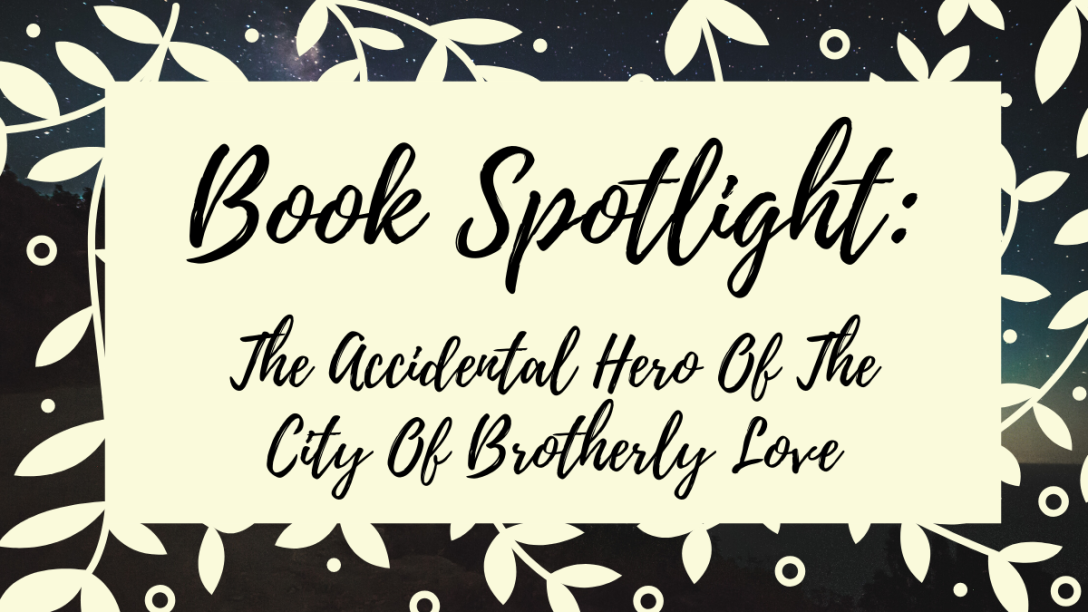 Welcome to the blog tour for The Accidental Hero of the City of Brotherly Love, by Richard J. O’Brien!

In the tumultuous days following 9/11, Spencer Lee Kavanagh works as a security professional, juggling jobs, relationships, and his writing craft while trying to figure out where his life is headed. One autumn day in 2002, Kavanagh’s life changes forever after he crosses paths with Khalid Neshar, a promising graduate engineering student who recently became radicalized thanks to a less-than-scrupulous imam.

A workplace accident caused by Kavanagh results in Neshar’s death. Freshly arrived in the afterlife, Neshar strikes a deal with Allah. He goes back in time as a djinni so that he can haunt Kavanagh and thereby alter the course of events that led to his untimely death; only, Neshar isn’t much good at it. Meanwhile, in the post-9/11 hysteria of the day, Kavanagh’s anonymity and his literary ambitions are sidelined when he’s hailed as a hero for stopping a would-be terror attack. Like the stranger he accidentally killed, Kavanagh just wants his life back. The television news crews camped out in front of his apartment building have other ideas.

No sooner than I passed the edge of my building the lights came on atop a half-dozen cameras. Reporters jostled to stick their microphones in my face. As they blasted me with questions, I couldn’t help thinking two things: one was that the author of the ninja book was full of shit, and the other was that he probably no ninja at all.

“How does it feel to foil the terror plot that would have killed countless commuters?”

“Care to comment on the phone call you received from Vice President Cheney?”

“There was no call,” I mumbled as I inched my way past them, keeping my head down so that the bill of the baseball cap masked most of my face.

“Mr. Kavanagh,” one of the reporters stepped in front of me. “Do you have any remorse?”

“Will you continue to work at Tiffany and Company?”

“Is it true that the city will pay to have the Atlas clock restored?”

“Are you at liberty to tell us which agency you actually work for?”

“Lee, are you afraid of retaliation?”

“Is the government offering to put you under their protective custody?”

“What’s your position on invading Iraq?”

“Do you support our troops?”

“Were you scared that the device might have blown up while you stood over the terrorist’s body?”

I inched closer to the steps.

“Would you be willing to disclose the names of the operatives in your team?”

“Do you think Saddam Hussein was behind the 9/11 attacks?”

“What’s your position on immigration?”

“Did law enforcement officials disclose to you whether there are any other threats in the city?”

One of the reporters followed me up the steps to the main door. She reached out and took hold of the door handle as I inserted my key into the lock.

“Is this a safe house, Mr. Kavanagh?” she asked. “If it is, now that it’s compromised, where will you go?”

I managed to unlock the door and slip into the foyer. When I did, they kept at it with their questions. Once the door was closed behind me, the reporters banged on the door as the camera lights lit up the foyer. They filmed me checking my mailbox. For once I was grateful that there were no letters from Maggie. After I locked the mailbox, I turned to the cameras crowding the door windows. With my head down, I offered them a salute before I entered the first-floor hall.

Richard J. O’Brien is a graduate of the Fairleigh Dickinson University MFA in Creative Writing Program. Richard’s novels include Under the Bronze Moon, Infestation, and The Garden of Fragile Things. His short stories have appeared in The Del Sol Review, Duende, Pulp Literature, The Dr. T.J. Eckleburg Review, Weirdbook, and other magazines. Richard lives in New Jersey, where he teaches at Rowan College at Gloucester County and Stockton University.

Giveaway: A digital copy of the book! Click the link below to enter! a Rafflecopter giveaway Blog Tour Organized By: