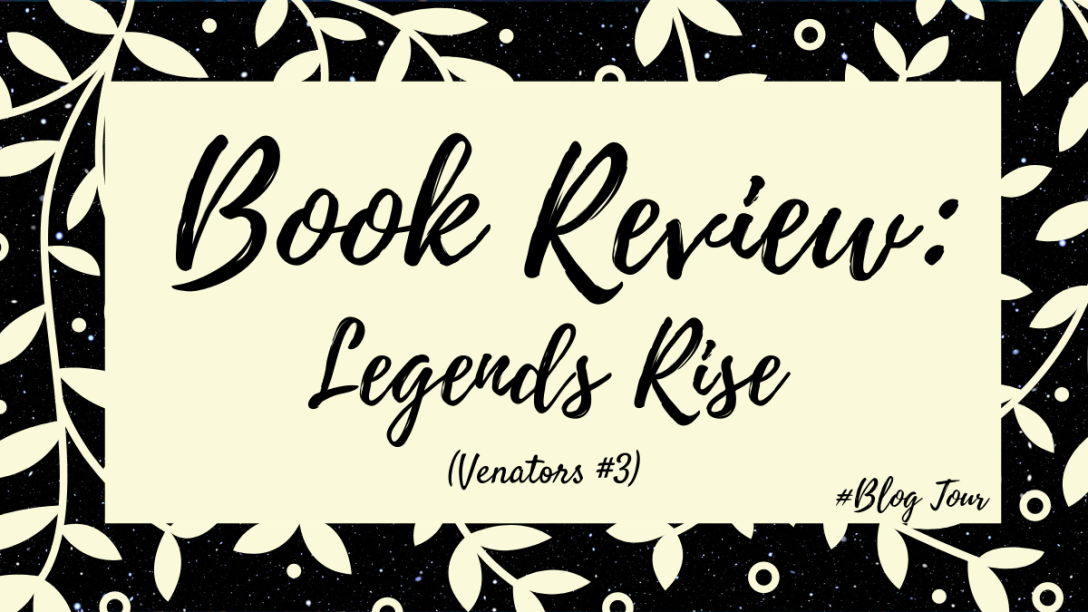 In the third installment of the Venators series, Rune, Grey, and their companions Beltran and Verida have set off together to save their mentor Tate from the gladiator games. As their group struggles to stay together under the strain of their situation, Rune’s twin brother Ryker is falling more surely into the clutches of Zio the sorceress, who has her own plots for the future of Eon, and the Venators.

The path will be forged in sweat and blood.

Rune, Grey, the shape-shifter Beltran, and willful vampire, Verida, set out to rescue their friend and mentor, Tate, from the gladiator games. But first they must navigate the perils of Eon and its warring factions. Each of this band of four carries with them a secret that threatens to tear their group apart from within. Rune now bears the mark of the promise she made to save Grey’s life-a nixie bubble lodged in her arm that could call her away to do their bidding or spell her death.
Even as their loyalty to their cause and to one another faces its greatest test, Rune’s twin brother Ryker is forging an alliance with their mortal enemy, the powerful sorceress Zio, who has plans of her own for the Venators and Eon. Hearts will be bared, secrets unveiled, and relationships made and destroyed in this stunning new installment of the Venators series.

Devri Walls is an international best selling author. She lives in Meridian, Idaho with her husband, two children and one adorable little mutt. Writing in all things fantasy, she would do just about anything for a working magic wand.

Mostly because she’s a walking disaster and a wand would be of enormous help…although she’d probably trip and break it. So, there’s that.

She graduated with a degree in theater and has studied vocal performance most of her life. She now teaches voice lessons when she’s not writing novels, cooking dinner, playing taxi, spending time with her amazingly supportive husband or trying to read.

Hello and welcome to another review! Hope y’all are doing great along with your loved ones ❤

Ps. Please bear in mind that this review may contain spoilers if you haven’t already read the previous books. Read cautiously… You can read my review of the first book here! ❤

Before anything, I would like to thank Dave @The_WriteReads and Devri for allowing me to ,take part in this awesome blog tour….Thank you so much!! …….. & Sorry for the delay!

Legends Rise is the third book in the Venators series written by Devri Walls, and it follows the story of two teenagers; Grey and Rune, who just discovered things aren’t what they originally thought. There’s another realm where other spies live; faes, werewolves and vampires to name a few, and that’s not all! They’re not actually humans themselves, they’re Venators!!

In the third book (Legends Rise), Rune, Grey, Beltran and Verida set off to rescue Tate (the Venshii who was mentoring them). They have a lot to go through before achieving that though and many unexpected obstacles comes up at the most unbelievably unexpected times. At the same time, Ryker is falling deeper and deeper into Zio‘s trap and it seems like he’s up to no good (though he’s convinced that he’s doing the “right” thing).

Too many things are at risk, will they manage to save Tate before it’s too late? What about Ryker?! You should read it to find out! 🤭

I really liked reading the Venators series, it’s been quite an enchanting read!!

I also felt like it has hidden lessons we could use in our Venator-free life. I quite like the consistent flow of events and the speed at which things progress, it wasn’t really fast or slow, it was just the right pace!

I’m quite amazed about the author’s ability to create a unique world with all the rules and hierarchy alongside it. It takes a great talent to pull it off the way Devri does. Quite AmAzInG!!!